Many travelers bitten by the wanderlust bug often ask for travel tips for Costa Rica. It is not surprising that many people are interested to go to this gem of a country. It is one of the safest and most politically stable countries in the whole of Central America! 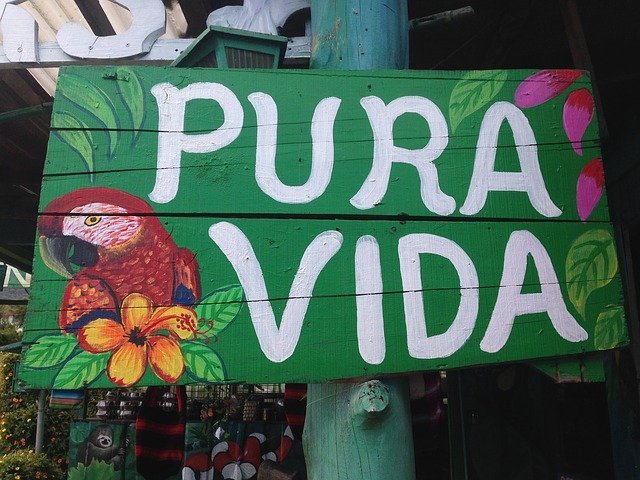 Visitors will not run out of things to do in Costa Rica because it is a magnificent country with a lot to offer. The breathtaking Caribbean in the east, together with its sensational Pacific coast in the west makes up for 800 miles of pristine coastline that’s perfect for activities like scuba diving, sailing, fishing and last but definitely not least surfing! On top of that this tropical country possesses a diverse and in some cases rare and exclusive breed of animals which exists in its cloud, rain, and dry forests. With 20 national parks, 8 biological reserves, over 200 volcanic formations and lots of animal reserves this is the perfect destination for nature lovers and eco-tourism.

If you ask anyone what to do in Costa Rica, then the answer is plenty! Go hiking in the various forests, relax on pristine beaches, or visit the active volcano craters. Visit the museums and historical landmarks, surround yourself with various animals, learn how to surf, do yoga, go white water rafting, ziplining, snorkeling, and much… much more.

Here is an overview and some general country information about “Pura Vida” Costa Rica:

Costa Rica is a fun and safe place, but here are some things to remember to make your stay even more enjoyable. It is best to take these details into account when you’re planning what to do in Costa Rica, so you can make a detailed itinerary, plan your budget, bring the proper clothes, and keep safe while having fun.

Costa Rica is bordered by both the Pacific Ocean and the Caribbean Sea. To its south lies Panama and to its north is Nicaragua. The country’s total area is about 20% larger than Switzerland, or only slightly smaller than the US State of West Virginia. Things to do in Costa Rica are influenced by its coastal plains, vast forests, rugged mountains, and pristine beaches. Roughly 25% of the territory has survived in its wild state with diverse forests, savannas, and mountain ranges which divide the country in two parts from north to south, dotted with around 200 volcanic formations of which 7 are active. The Chirripó National Park is one of the most popular as it houses the Cerro Chirripó, which is with 3820m the country’s highest point.

The Costa Rican population is a rich blend of Spanish, Jewish, Creole, German, Jamaican, Italian, Atlantic slaves, and indigenous descendants. This combined heritage is what makes the Costa Ricans so unique.

Upon landing in the Liberia or San José International Airport, you will immediately become familiar with the line: “Pura Vida”. Its rough translation is a pure life or a simple life. Costa Ricans, also referred to as Ticos, use this phrase to say hello, goodbye, and things are cool. Pura vida is the way Ticos live life. In fact, the country has been named as one of the happiest on earth. Ticos generally live a relaxed and simple lifestyle compared to the foreigners that come to their shores. They are positive and generally thankful for their blessings, and this carries over to how they treat you, their visitors.

Christmas and New Year are the busiest times for the country. On top of that, the week leading up to Easter Sunday known as Semana Santa or Holy Week is also hectic. If you plan to travel during these dates, one of the best travel tips for Costa Rica is to book your hotel and tours way in advance or you might end up missing out on all the fun!

The country is marked by two seasons: a dry season (November to April) and a wet, or rainy season (May to November). During the dry season the vegetation is less lush, and can make places like Guanacaste look like the African savannah. The rainy season on the other hand is marked by almost daily rains, which guarantees the vegetation to look its absolute best. The country never gets super cold with the average temperature of 70 to 80 degrees Fahrenheit, that’s between 21 and 26 degrees Celcius. Regardless, it’s best to always bring a light jacket because weather can be pretty unpredictable in the mountains, forests, and volcanoes, which have their own microclimates, and the patterns are different on the Pacific & Caribbean coasts.

Clean tap water is available in the county and in most tourist areas. Many travel tips for Costa Rica say you don’t have to worry about stomach bugs here, compared to as in other Latin American countries. Clean food preparation and kitchen hygiene is emphasized, regulated and strictly enforced by the government for restaurants to renew their permits.

The unit of currency in this country is between 550 and 600 colones to 1 US dollar or 650 colones to 1 euro. American dollars are also widely accepted, as long as they are small bills. Generally, fifty and one hundred dollar bills are rarely accepted in local markets. Hotels and group tour prices are listed in dollars. Banks easily accept and exchange both dollars and Euros. In tourist towns they will happily take all major credit cards as well but it’s highly recommended to take cash when you visit the more rural areas. Compared to other Central American countries, prices in Costa Rica are a bit higher. However, compared to Europe and the US, pricing is still very reasonable. Whether you intend to go on a lavish spending spree or plan to backpack through the country on a budget, the power of the almighty dollar or euro still allows you plenty of things to do in Costa Rica.

Navigating the Costa Rican road network can be a bit tricky. The road conditions vary because of mount terrain. The roads are also difficult to maintain because of the unpredictable weather. Some have not even been paved, so be prepared for bumpy ride. What would normally be a short travel time on the perfectly smooth American or European freeways can take a few hours in Costa Rica because of the road conditions and the traffic. Some roads even become inaccessible during the rainy season because they get submerged in water. However, don’t let this deter you from exploring the country and enjoying the many things to do in Costa Rica. Tourist guides and your hotel concierge will gladly share with you tips on how to get to your destination as fast and efficient as possible but here’s a little indication of the driving times between destinations:

DRIVING TIME TO OR FROM SAN JOSE…

DRIVING TIME TO OR FROM LIBERIA…

DRIVING TIME TO OR FROM ARENAL/LA FORTUNA… 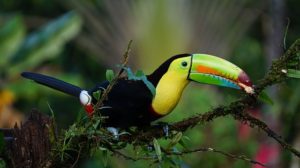 Costa Rica is a peaceful and safe country because of its strong economy. The government provides free education until 11th grade and universal healthcare. Citizens enjoy a good standard of living because the country benefits from one of the fairest and most progressive social structures in Latin America (social security, pension, etc.), a high education level and a literacy rate of more than 98%! Many multinational companies like Amazon, IBM, Dell, etc. have set up shop in Costa Rica because of the boom in their technology industry from recent years. This even earned San José City the nickname ‘Silicon Valley of Latin America‘.

The country has resisted opportunities to exploit their vast natural resources like hardwood and precious metals, and put a complete stop to deforestation. The Costa Rican government has ambitions to become the first carbon neutral country in the world, with all its energy needs coming from natural sources like geothermal, hydroelectric and wind power, and run on 100% renewable energy. The country is also working hard on a strategy to eliminate single-use plastic. Both goals are to be reached by the year 2021. The 21st Century Environmental Leader, as it’s been called, wants to make sure you can keep enjoying their numerous national parks and reserves, or try one of the many other outdoorsy things to do in Costa Rica.